I’m working on a few extensive (perhaps needlessly so) analyses and deepdives into several Poptropica characters and islands (Mordred/Binary Bard, Count Bram, and Escape from Pelican Rock being a few of them), and was wondering if you guys had any specific concepts, islands, characters or places you would like me to investigate. Over the years, I’ve done a lot of research into film and history specifically, and enjoy dissecting media utilizing that information. If you have any ideas, let me know below. The Mordred Files will be coming soon.

Before you read any further, I’d like to apologize for the critical tone and direction of this piece. This is the direction my blog will now be taking, to match me and my aspirations. I mean no harm or to direct any hate or anger at the devs or the fanbase, but to instead acknowledge my worries and offer my commentary.

Mocktropica was known to be Poptropica’s most tongue-in-cheek island, with jabs at many other games of the time aimed at the same demographic. It satirized pop-up ads, cheap achievements, higher-ups who stooped low to make a profit… So why does the current Poptropica reflect what it parodied so well years ago? While it is primarily a children’s game, the fandom maintains many of its older, long-time members. What made Poptropica so unique was the challenges it presented to its players and the sense of accomplishment players felt when completing an island. Now, older islands are being stripped of the game’s harder puzzles, and instead are being spoon-fed tasks. The updates being done to the islands now during the overhaul from Flash has, for the most part, taken away the challenge and thus the sense of achievement from the island it first updated– that being Mythology Island. Achievements are now, ironically, being given in Worlds (which hasn’t been updated in Zeus knows how long. Not that this is a problem, it’s just something I found to be notable) for accomplishing basic tasks intrinsic to completing the island. It feels… wrong. Uncanny that Poptropica, having developed itself for years and maturing with its audience, is now playing video ads when opening the map. That the value of credits has become so inflated that costumes that were 75 credits now cost 150 or more. That membership doesn’t have any real perks anymore, such as free items in the shop or early access to islands. What made the game special is being stripped away. I don’t want to make assumptions about the game, or its developers. But it feels like a husk of what it once was, and I’m wary of the future. I doubt Mocktropica will be seeing the light of day as it is what Poptropica has become. And perhaps they’d like us to forget that, and for us to forget the many difficult and mature islands that made Poptropica such a special experience for me and many others in the first place. But I have no qualms being the one to relive what I consider the golden age (which sounds incredibly gatekeep-y, sorry), and would like to offer you all a chance to remember what was in the island that is now part of today’s Poptropica, and how it directly criticizes what the game is today.

When you start the island and run into the basement of the headquarters, you are greeted by a crew of programmers clearly working overtime to program and fix the game. Funnily, this seems to reflect what is happening with many developers due to the switch from Flash. It’s very difficult to preserve a program meant to function on entirely different programming, and I commend Poptropica for taking steps to start this process early. But the charm and positive comparisons end here. Once you leave the basement to begin your quest, you are bombarded with achievements. Seem familiar?

Shortly after getting back the first developer in the island, you encounter the Narf. Narfs, if you don’t remember, are odd, Puffle-like pets in Mocktropica (even offered as a follower for members at the time). They are strange and become a feature that is a nuisance to the medal-boy who has them, something oversaturated and overbearing. There’s too many, and too many features surrounding them but not the actual island, which quite literally almost drives him to the edge. Reminds me of another useless feature which many of the updates would focus on… Hm.

This next one, I think, doesn’t require elaboration. It is something mocked endlessly in the island and used as a plot device, with ads filling the screen and bouncing around. It’s meant to be excessive, and to be irritating, and yet here we are in modern Poptropica. The game window is suffocated by side ads (which were only around every now and then in older versions) and has videos playing in an ad beneath the game as well. What is especially irritating is the full-screen, unskippable, thirty second video ads that play when you land on an island, or walk to a new area. I understand the game needs money, but membership doesn’t seem to have any real perks anymore. It’s hard to know how to support a game like this, but the ads are essentially an insult considering what a joke they were in Mocktropica.

While I may not be commenting on other elements of Mocktropica, I strongly believe life imitated art in this instance. A lot of parody pieces and critical pieces of media are, knowingly or not, recreated in the real world, often years after their creation. While it certainly doesn’t feel intentional with Poptropica, all I wonder is what’s to happen with this island. Since what it satirized is a core part of the game today, it would lose its edge and the commentary ingrained in the island. Its meaning would be lost on the newer players who only see this form of Poptropica, and the elements that seemed to be so exaggerated in 2013 are now commonplace. Not only do I not see Mocktropica making a return, I believe a return in this climate and state of the game would greatly reduce the point and experience of the island, as well as reflect poorly on Poptropica as a whole. It would lack the context of the time it was originally put out, and dealing with the slime ads and then the ads in the game would be a numbing experience, to say the least.

My love for Poptropica has remained strong over the years, but my worries grow– and I think it is reasonable. A lot of childhood games have gone under, or been overshadowed by sponsorships and ads. Most of Poptropica’s island “announcements” are laggy, cheesy advertisements for dolls, or a kid’s movie that will be forgotten in the next three months. Yes, I understand they have a demographic they’d like to appeal to, but a lot of us are still here after all these years, still holding on. It feels very different from other games we grew up with and I would like to preserve its authenticity for as long as possible.

Considering how much both Poptropica and I have changed, I will be posting critiques and reflections on the state of the game, what films inspired certain islands, and so forth. I haven’t abandoned art, so prepare for an influx of (much more developed) work. I hope to bring a mature and unique perspective on the state of the games. I’m not quite as optimistic as I was about six years ago– when I initially began my full commitment to the fandom. I am going to university soon for a communications degree, so I hope to make this blog integral to my experience as I compile essays that have been waiting to be written for years on my takes and genuine worries for the game that defined my childhood.

Prepare yourselves, Poptropicans. And welcome to my new era.

Hello, Popular Wolf here. Some of you may have recognized me from old and new Poptropica discords alike, or remembered me as a friend, a blogger, an artist (a not very good one, to be honest.). I haven’t touched this blog in years, and it haunted me for a period of time. This was my lifeblood. I adored the fandom, and seeing it wane without a constant stream of content hurt me. I was growing up, past the OwOs and the typing quirks. This blog stopped being touched around my 8th grade year in 2017. I’m now a senior in high school, and very different.

My love for Poptropica has stayed the same. This game was a large part of my childhood, my tweens and my early teens. It influenced my imagination and is a long-term special interest of mine. And now, as an 18 year old, I hope to take this blog and revitalize it. I have left it dead for too long. This marks the beginning of a new era.

Heeeyyy guys! PW here. Wow. I’m actually blogging about Poptropica?! WHAAAT. Well, Pop Worlds (lol PW ba dum ta) just came out, and I thought it would be appropriate to do a review. Plus, Skinny Moon has been emailing me VIP stuffs, so why not? END_OF_DOCUMENT_TOKEN_TO_BE_REPLACED

AND THIS TIME PROBABLY FOR GOOD

It’s kinda a promo for Wolff’s Bane, and I might do a live stream with FAQs if y’all have any.

Here are the characters you can ask:

GIVE MY KIDS SOMETHING TO DO

THE WOLFF’S BANE PAGES ARE HERE, MY DUDES

Heeeyyy, guys. PW here. I’m sorry about Wolff’s Bane. I got very sick and have been cramming for my final exams. I found out I may have anxiety, and I’ve been really absorbed with current life stuff. I know it’s my go-to excuse, and you’re probably sick of seeing it. The thing is, I’m also a little down at the fact UiPE and TC left blogging. I’m tired of trying to hold up this blog when I hardly have the time to. So, no, don’t worry, I’m not shutting it down or quitting or whatever. I’m going to keep working on WB and finish setting up my YouTube. I’m really sorry, but I’ve just had so much going on. I hardly have the time to play Poptropica, and when I do, I get a little… bored. I’ve been playing for about 8 years, and there’s nothing going on now. I got an email from Skinny Moon regarding New Pop, but I dunno. I’m feeling weird about it.

Anyway, thanks for sticking with me, you guys. Love y’all :>

Heeey guys, PW here. I’m mega sorry for Saturday’s disappointment. I came down with a nasty virus that might keep me down for the rest of the week… Just FYI. I’ll be posting Wolff’s Bane as soon as I manage to recover. I’ve created another blog just for my comics and junk, too. It’s where I’ll be putting up WB (Wolff’s Bane). It’ll be the main site for my animation and YouTube updates as well. If you really want exclusive sneak peeks into all the upcoming series, sign up for PicsArt. My username is (ugh sixth grade me whyyyyyyyy) tipsytweedles. We can do ATs, OC exchanges, PM, and whatever. It’s really the place I’m most active on, so I recommend you check it out. Sorry to disappoint! 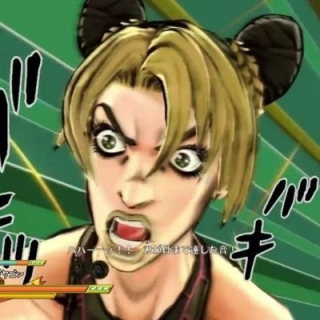